Farm with goat and hay 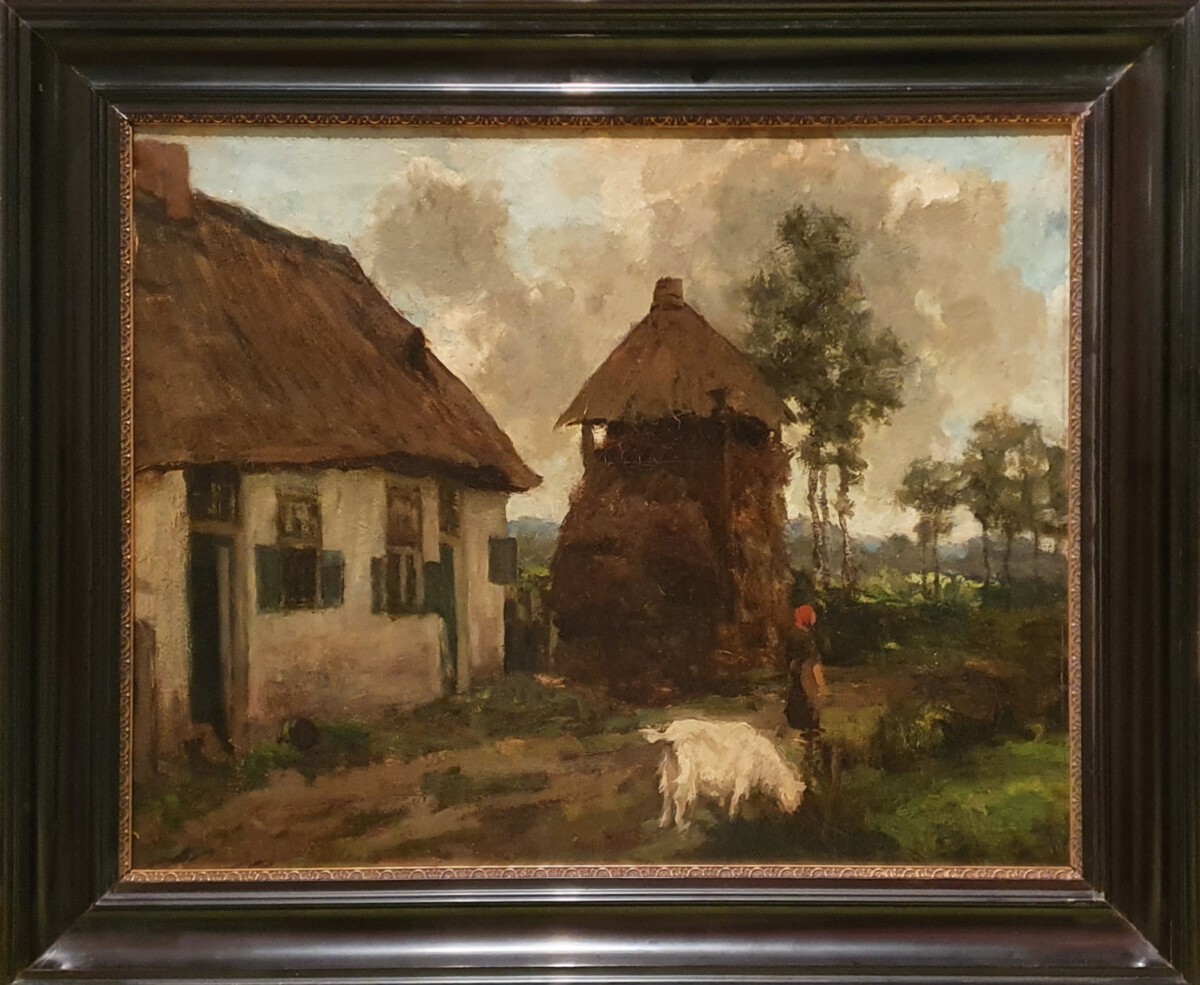 Farm with goat and hay

Because his father, who worked as a technician in the iron industry, often changed jobs, Arend Hijner spent his childhood in various places in the Netherlands and Germany. From 1879 to 1880 he learned to be a ‘sand moulder’ in Enschede, but because he could not stand the heat in foundry, he was apprenticed in 1881 to a decorative painter in Hilversum. He also received drawing lessons from Leon Schulman here. He was then allowed to go to the academy in The Hague, after which he completed his education at the academy in Antwerp.

From 1887 he tried, with increasing success, make a living as a painter of still lifes and genre scenes. He did this successively in the cities Hilversum, Deventer and The Hague, in which he later he became a member of Pulchri Studio in 1896.

He now also owned a house in Wemeldinge on South Beveland, where he spent most of the year. Here he mainly painted scenes from the daily life of the people of Zeeland, including folk festivals and Zeeland peasant women, with whom he had the most success between 1895 and 1900, also abroad. In order to allow his children to go to a good school, he sold the house in Wemeldinge in 1900 and settled again in The Hague.

Since then, he has mainly been looking for his subjects in North Brabant, where he worked in Heeze, among other places. Thanks to his Brabant scenes, he received a Royal Grant in 1903.

In 1905 he bought three farms in Best as an investment, one of which he furnished as a studio home for himself. Here, until his sudden death at the age of only 49, he would spend a few months every year making studies and sketches of peasant life, which he, back in The Hague, would use in smooth, broad brushstrokes and warm, bright colors on the canvas.