Antonio Cortés Cordero (by or after) 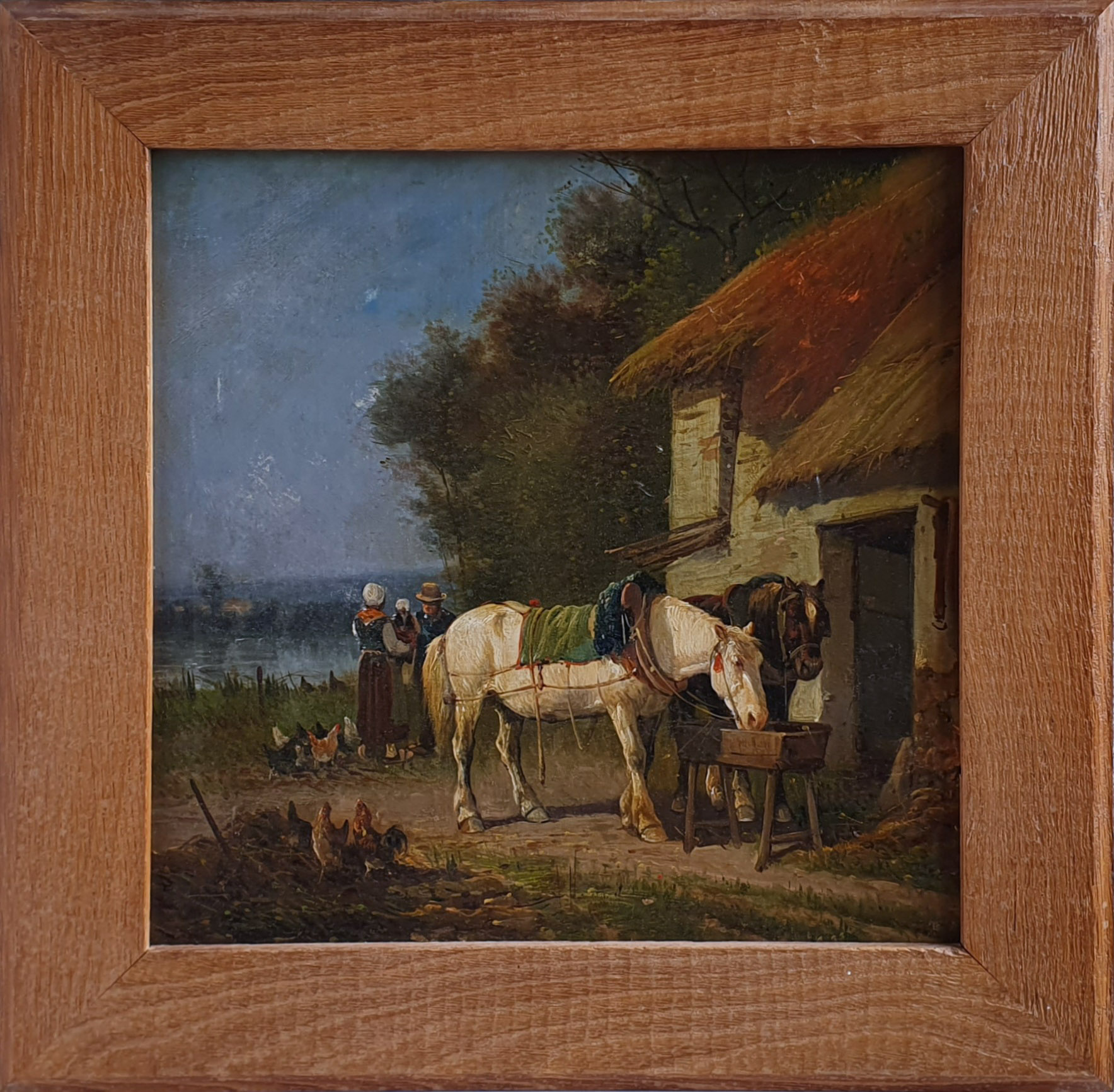 Antonio Cortés y Aguilar (March 10, 1827 † – March 14, 1908) was a Spanish-French painter.
His work is almost exclusively dedicated to the landscape and animal genre with representations of the French landscape, including the grazing of pets.

He studied at the Royal Academy of Fine Arts of St. Elizabeth of Hungary (Real Academia de Bellas Artes de Santa Isabel de Hungria) in Seville and moved to Paris in 1855 on the occasion of the World’s Fair of Paris in 1855. He lived in Lagny-sur-Marne until his death in 1908. His works are represented at the National Museum of Romance in Madrid (Museo del Romanticismo) (image: landscape with cattle) and in the Bellver collection (Museo Bellver) in Seville (image: landscape with shepherds and herd).

Antonio had a brother Andrés Cortés y Aguilar (1812-1879), who was also an artist. His son was Édouard Cortès, a French late Impressionist painter.